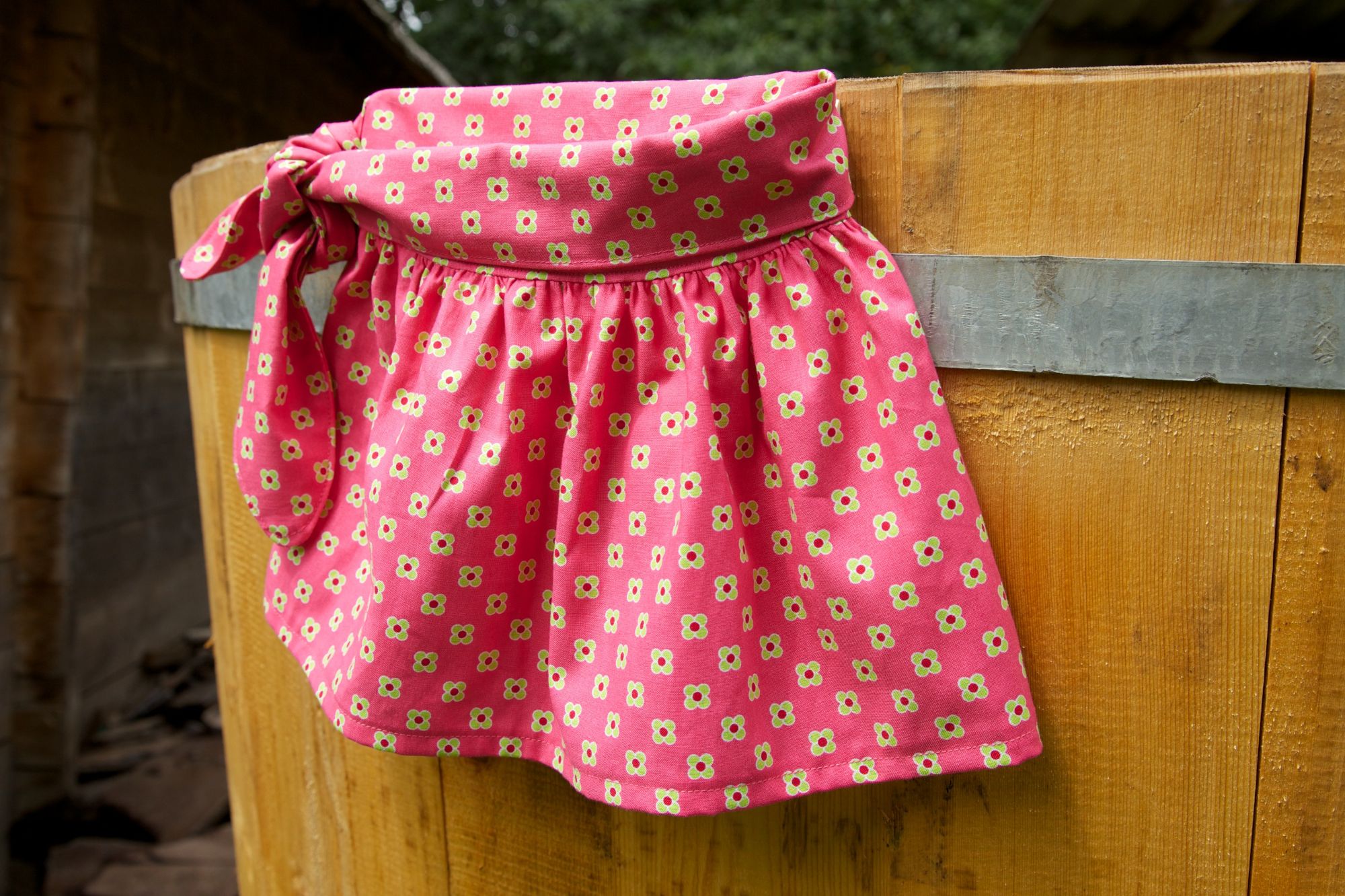 Adelina (or Ade for family and friends) was one of the first kids crossing my path when we were walking through Breb the first evening we moved to ‘the center’. At the very same moment, Christy passed by: he became our interpreter and my project was up and running! Adelina’s mother chose a tie skirt from ‘Allemaal rokjes’ together with some pink flower fabric that was sponsored by Mirabelle. Making skirts for the girls of Breb is one thing, but organizing a photo shoot sometimes seems to be even harder! Most kids join their parents to the fields during the day, so most of the time the village is rather empty. When the evening falls, it becomes more crowded but also too dark to take pictures… Adelina stays with her grandmother during the day, so this was my first photo shoot. It was a very special experience for us. The small little girl was shy (of course) but I think she looks adorable in her new skirt.

When the ‘official’ photo shoot was finished, we got some home made pastry. Romanian people like to spoil their guests with sweets. I’m really happy that I don’t have my balance with me here! With some crisps Adelina was became more comfortable! She even wanted to sit on my lap after a while. What a cute little girl she is! The kids were invited to dance and had a wonderful time on the swing together. That’s really one of the reasons I’m so happy with my project: it brings us in contact with the locals in a very special way.

Now let’s talk a little bit about the skirt itself: this tie skirt is made without a pattern, just with some instructions. I really love the result and I will surely be making this one for my girls in the future. That’s what I like about my project: it’s a good way to try some patterns that I would not choose myself. The big tie at the side is just lovely! It makes the skirt very girlish. The waistband is a very wide one, that’s mend to be fold in two. The pink thread was sponsored by Georgette! It’s the first time that I’ve sewn with an ecological alternative. I took these pictures on a barrel that is used to collect the plums to produce ‘Suica’, the Romanian brandy that you can’t refuse when it’s being offered! Also when it’s just 10am…  Cheers! Noroc!
To finish this post, I would like to show Adelina dressed in a traditional Romanian way. Have a close look at the shoes… This picture seems really important to the family, because they don’t have many! That’s why I’ve decided to print one picture taken at the phot shoot as a memory for each child (Yes I know: we’re really well equipped: we have our printer and some photo paper with us…)