Back to the roots! Back to Mara! 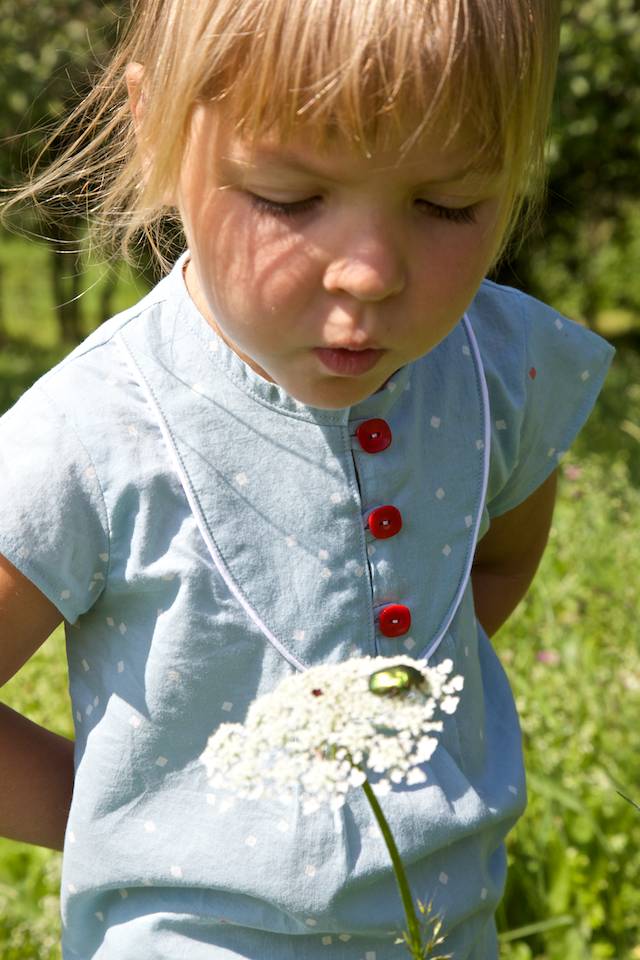 About 70 international blogs will go back to the Mara roots with me and will show you the possibilities of my all time favourite Compagnie M. pattern. The Big Mara Blog Tour can be followed on the separate Mara blog page. Every day 2 blogs will add their creations. Make sure to visit this page often to get inspired! Since I have so many participants, the tour will only end on the 17th of August!

Feel like sewing along with this Mara blog tour? Yes you can! I’ve organised a sew-along that’s open to everyone! People with or without blog can participate. It’s a small international contest. So just join the blog tour by sewing your own Mara blouse! The most beautiful creations will win some great prizes! More details on the ‘Back to the roots page’!

You receive a 10% discount on the Mara blouse pattern in my shop when you use this discount code: MARA-ACTION. The code is valid until the 17th of August.

I would like to open the tour myself! I must be honest with you: it has been a long time since I’ve sewn a Mara blouse. The ones I’ve made last year were a size 3 so Lisa & Nore still wear them this summer! But of course I wanted to sew a new one. Especially since I think the pattern matches perfectly with the Atelier Brunette fabrics! I’ve chosen a less popular one, but I think it’s super cute. Subtle! 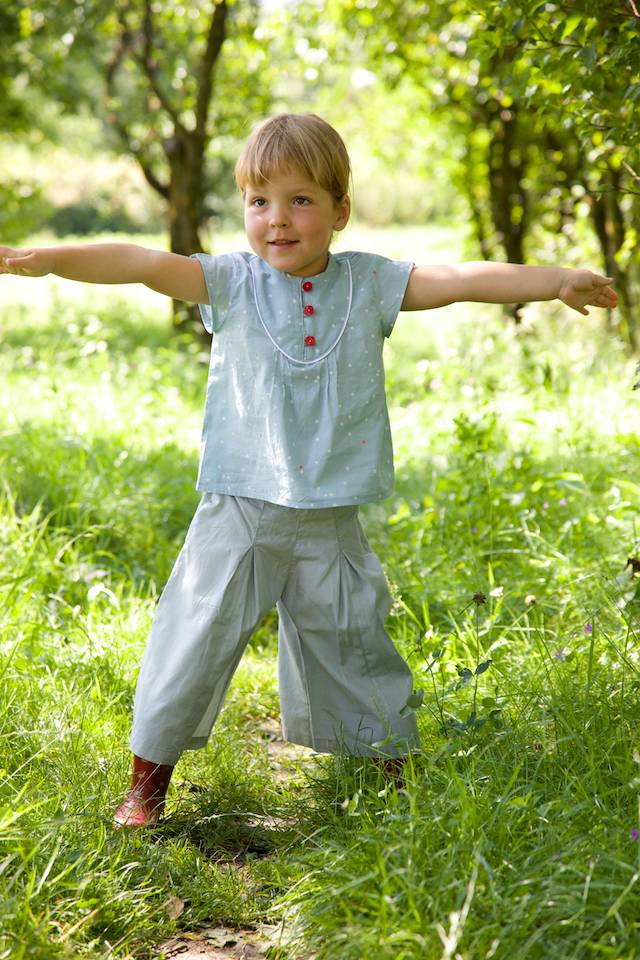 The light blue fabrics has some small printed squares on it. I matched it with some white piping and square red button from my personal stock… 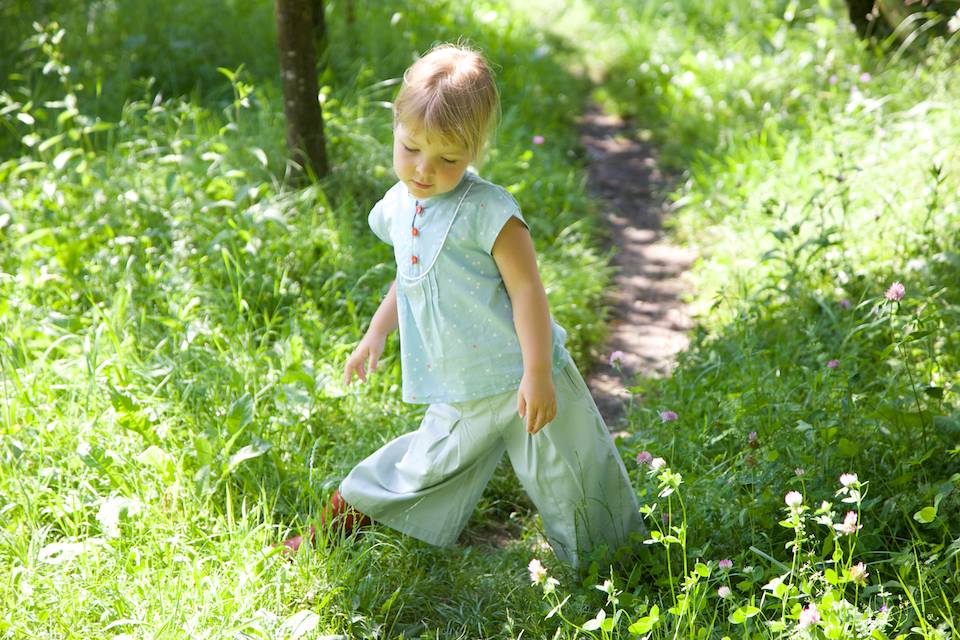 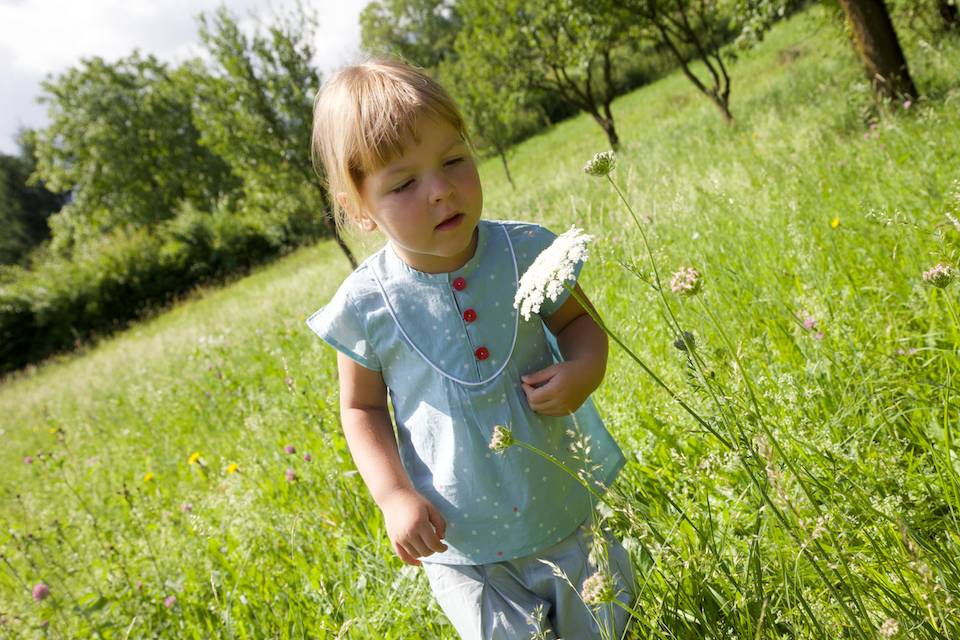 I took 6 finished projects with me to show you during my holiday. This is number 1! I love the surroundings of Breb, so you will see a lot of nature on my next blogposts! 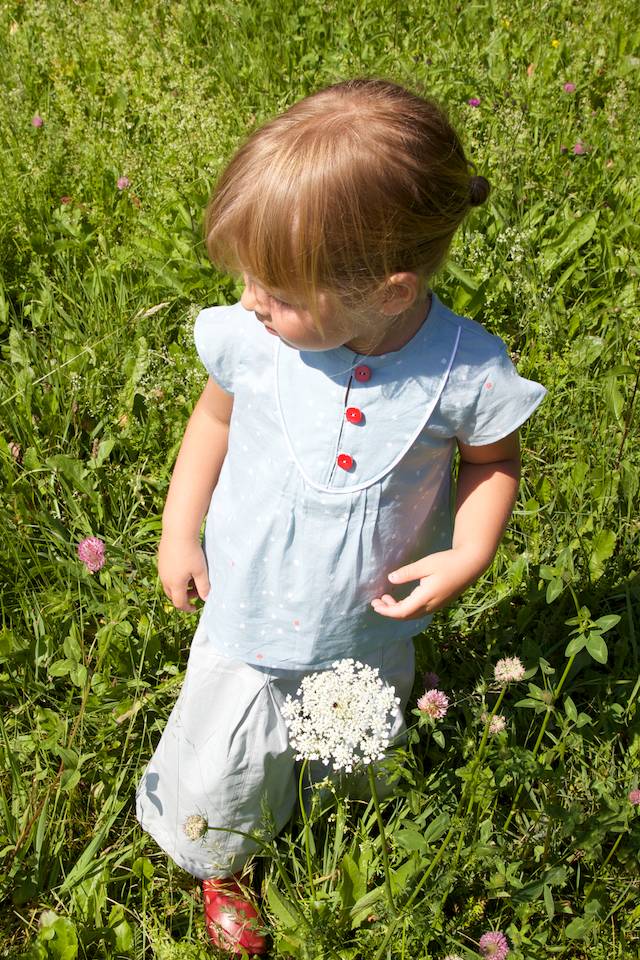 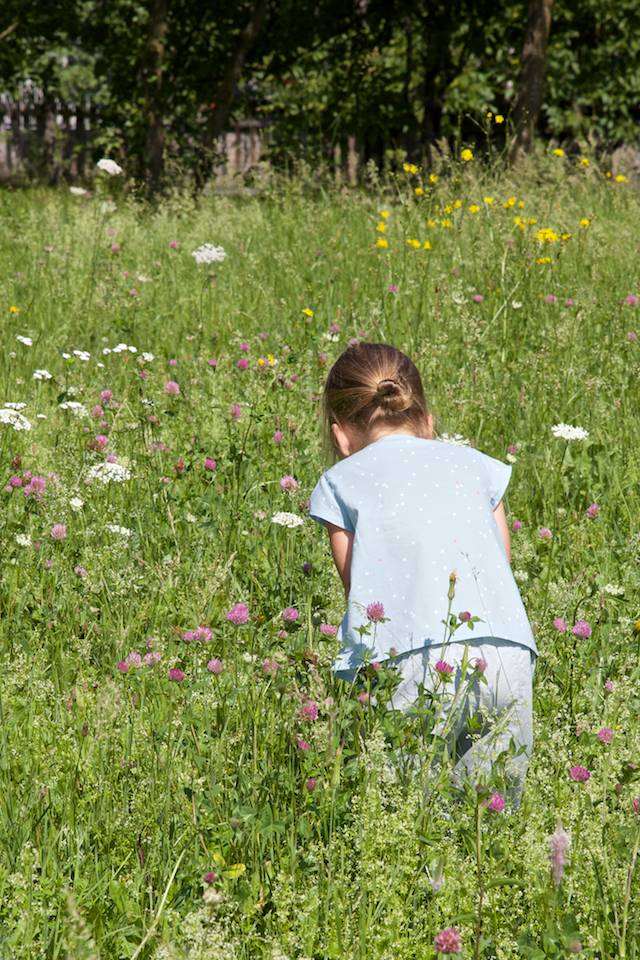 I’ve paired this Mara with a pair of  ‘clown’ pants. Nore loves to pretend that she works for the circus! 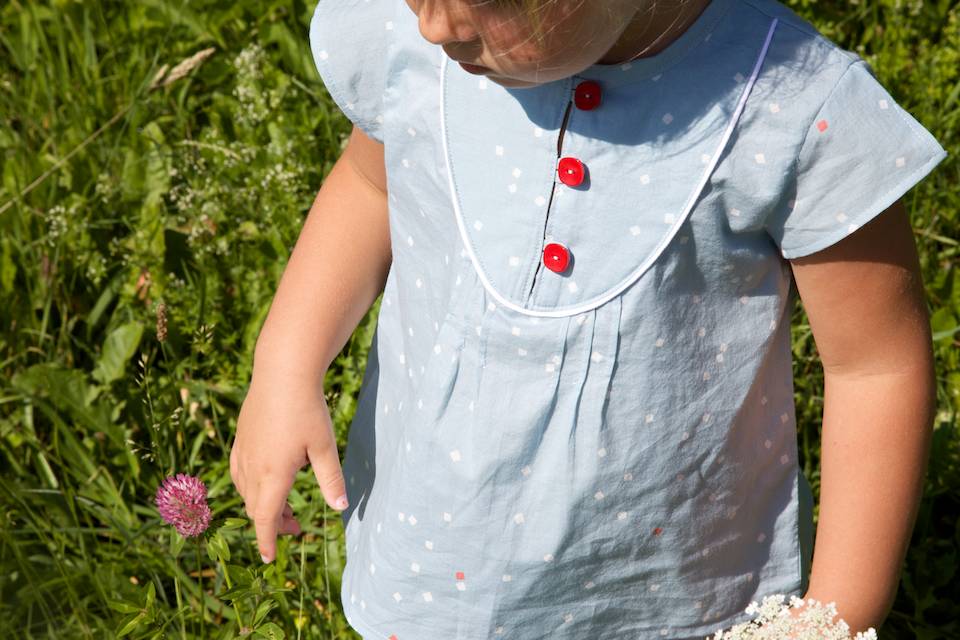 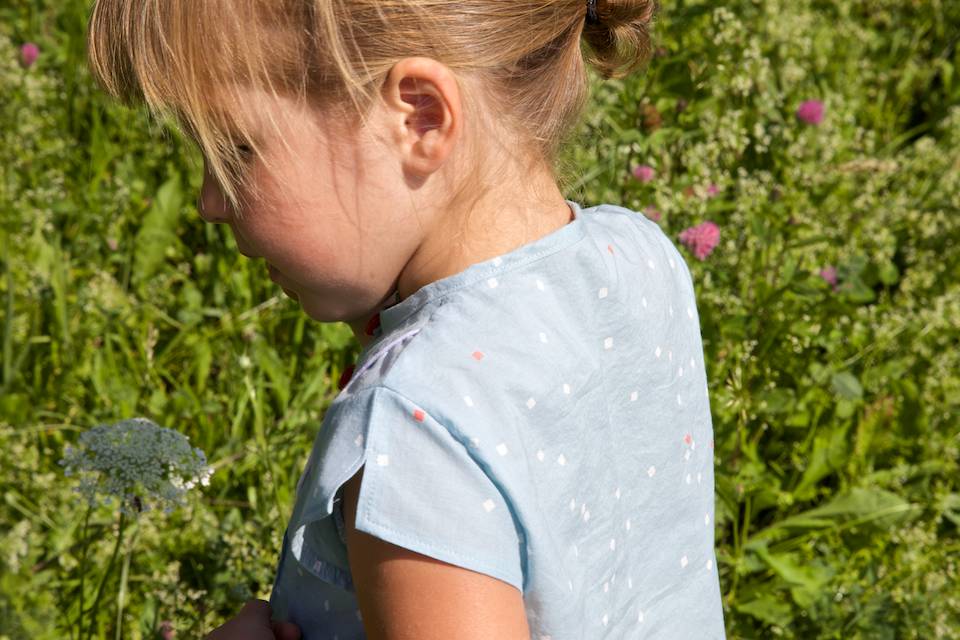 By the way: Did you know that I only buy 2nd hand clothes for my girls? I love it when I find pieces like this that match my own creations so well! 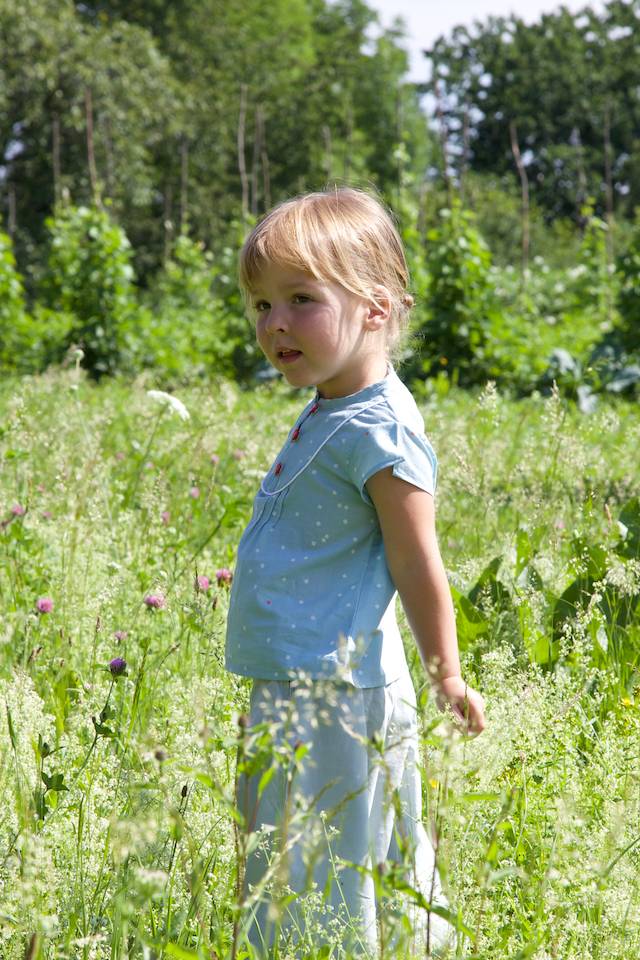 I must tell you that although I like the print of this fabric a lot, I didn’t like working with it… It’s too light weighted for the Mara blouse, according to me. I had to double the yoke completely and because of the difference in thickness, it was difficult to sew the yoke in a perfect way. So in theory I love the math between the Mara blouse & Atlier Brunette fabrics, but I would not advise to knock-off this blouse if I were you. :)

But of cours eI do hope that this blouse inspires you to make your own one? Who doesn’t feel like wining some great prizes!?