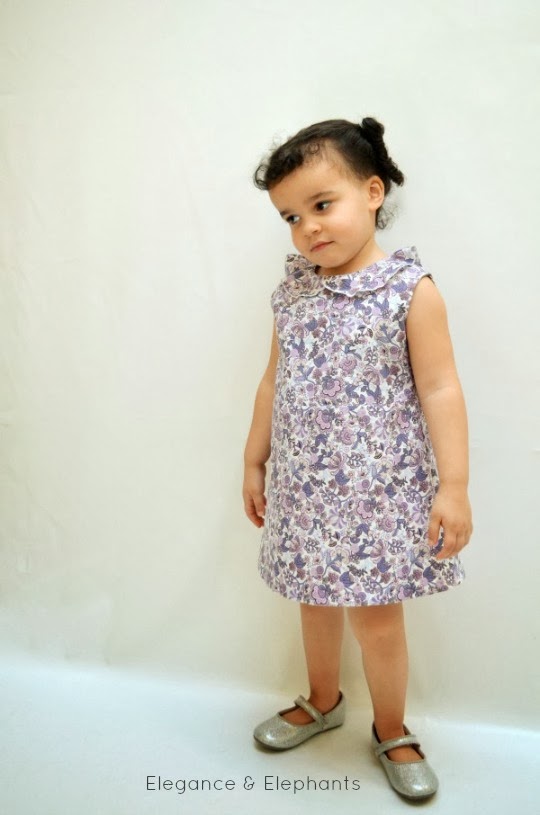 Who doesn’t know Heidi? I think she was one of the first bloggers that gave me a guest post on her blog, so Heidi will always be special to me! She is the sweetest person ever! And can you imagine that she drew all these patterns herself? I love her Liberty style dress. Isn’t Anja super cute!?

When I received my parcel in the mail from Portugal, I couldn’t believe the goodies inside it from Ana Sofia (S is for Sewing).  She sent such beautiful Portuguese fabrics and notions (and a bookmark, too), and I just couldn’t wait to start sewing with them.  And then, to top it off, a few weeks later I got another envelope from her, with a rather amusing note explaining that she had found some more notions meant for me among her daughters’ toys!  And I thought I had already received such an amazing collection of fabrics!  Thank you so much, Ana Sofia. 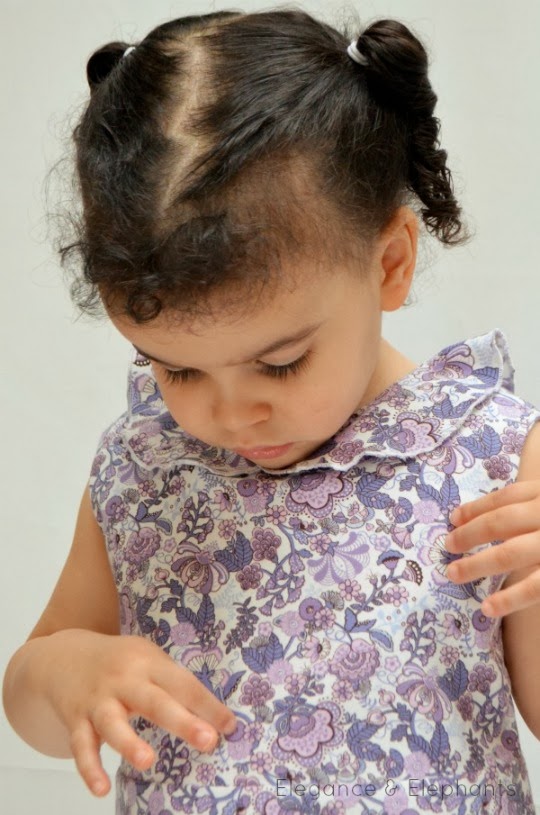 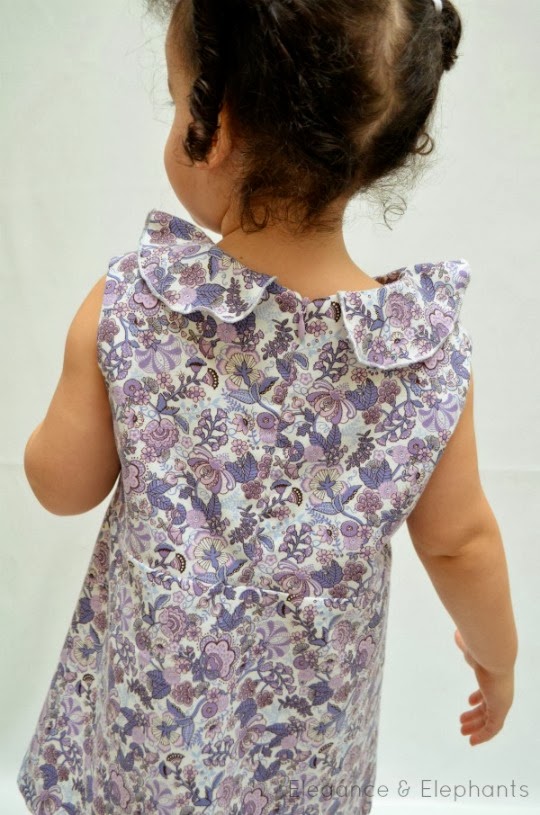 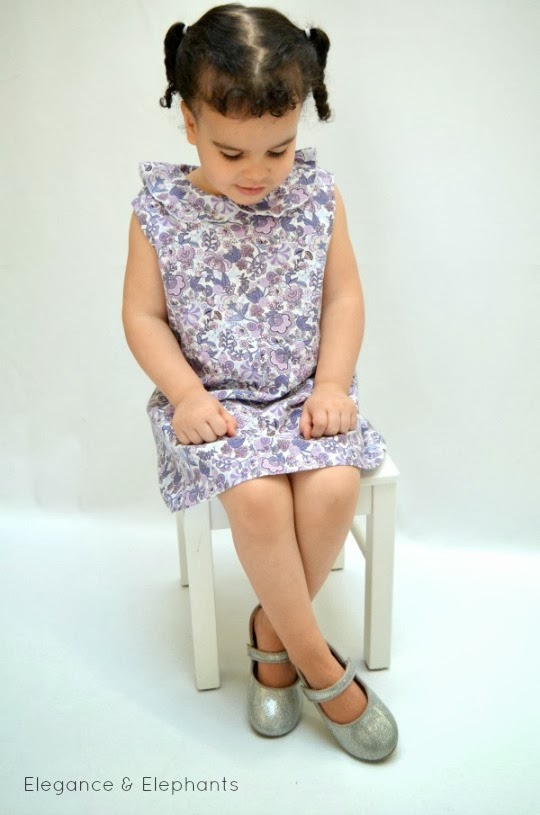 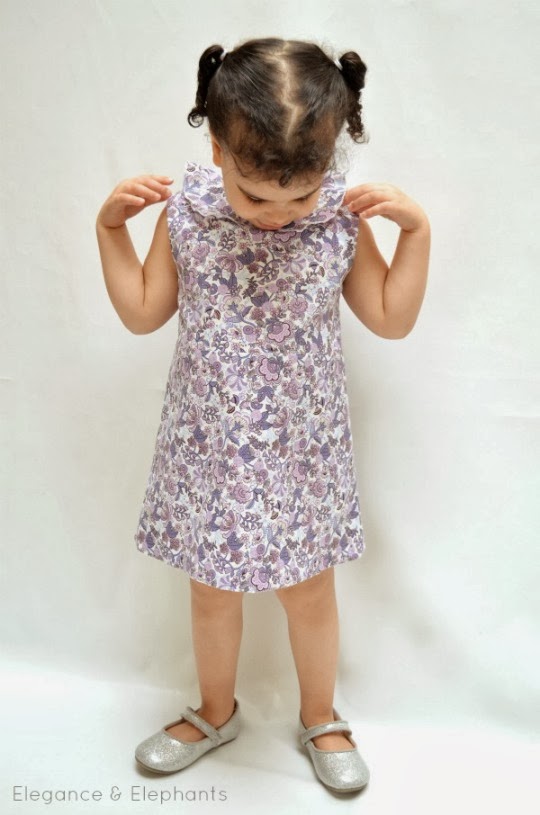 With the generous amount of fabric, I was able to make a dress, two pairs of shorts, and a top.  And I still have some left, so we will have to see what that becomes.  All the garments were self-drafted and the fabrics, a joy to work with.  My daughter will be wearing these a lot this summer! Is it just me, or does this look like Liberty of London?  Gorgeous print, right?!  And in such pretty shades of purple. There are little, tiny hearts among the flowers, too, and Anja just loves searching for them. 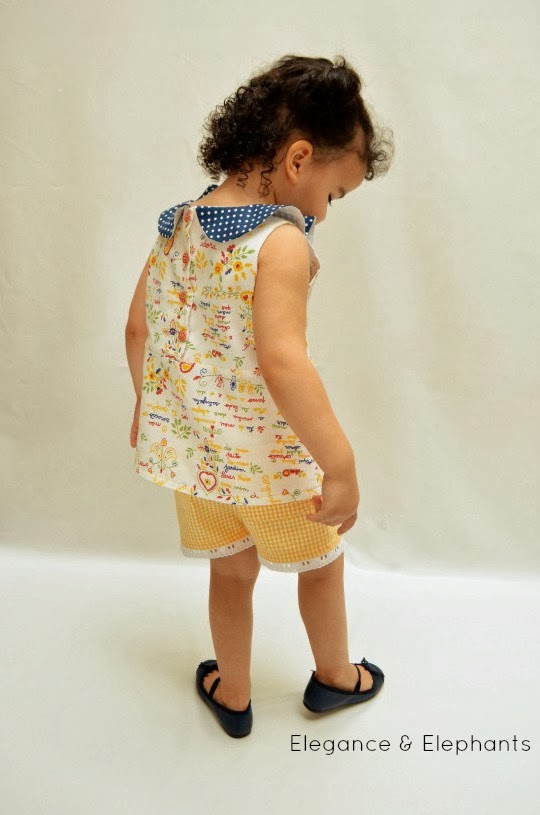 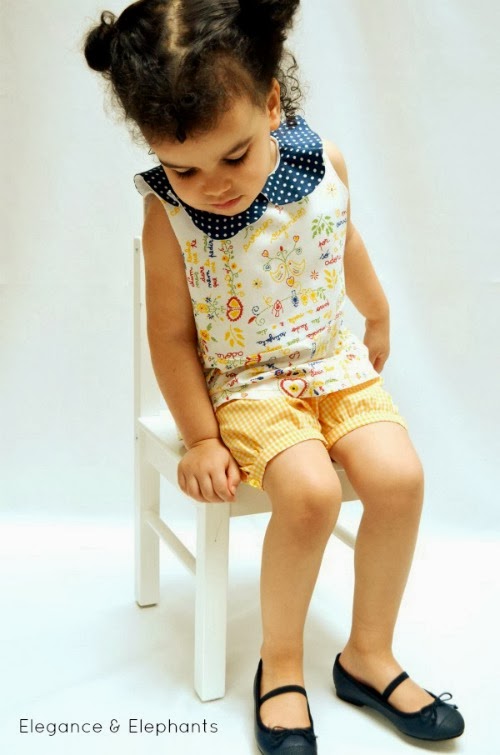 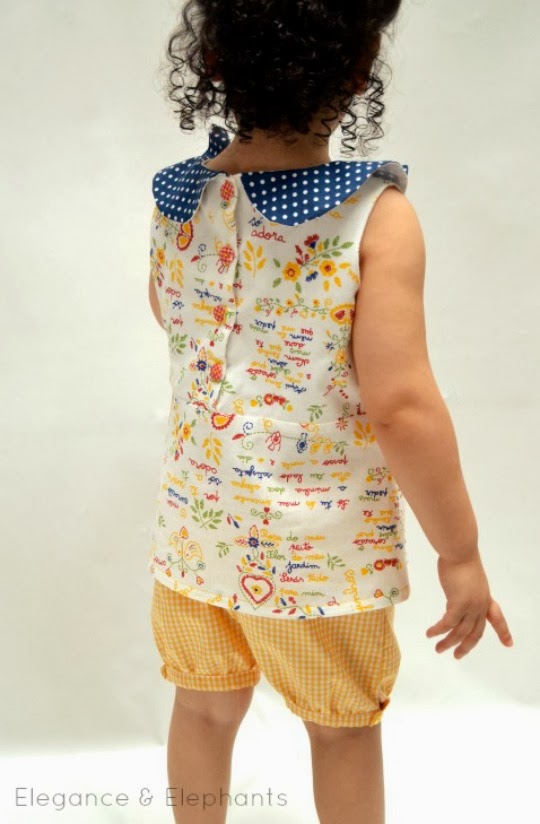 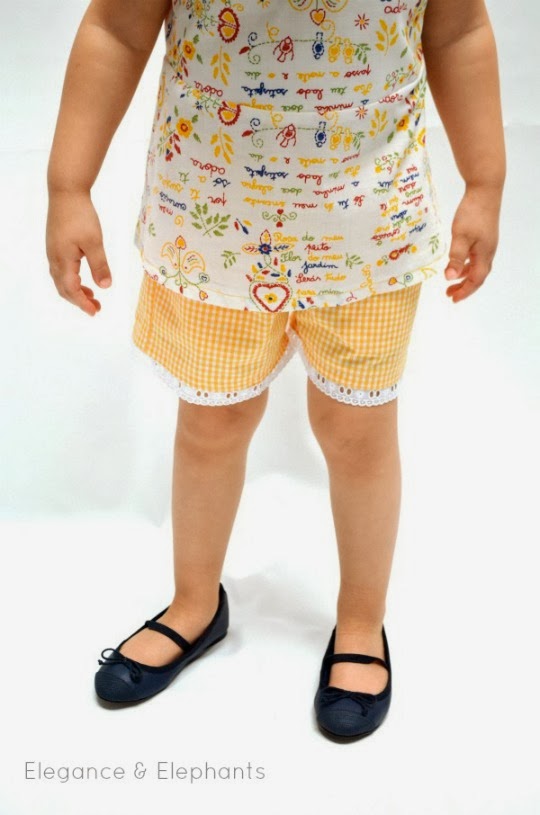 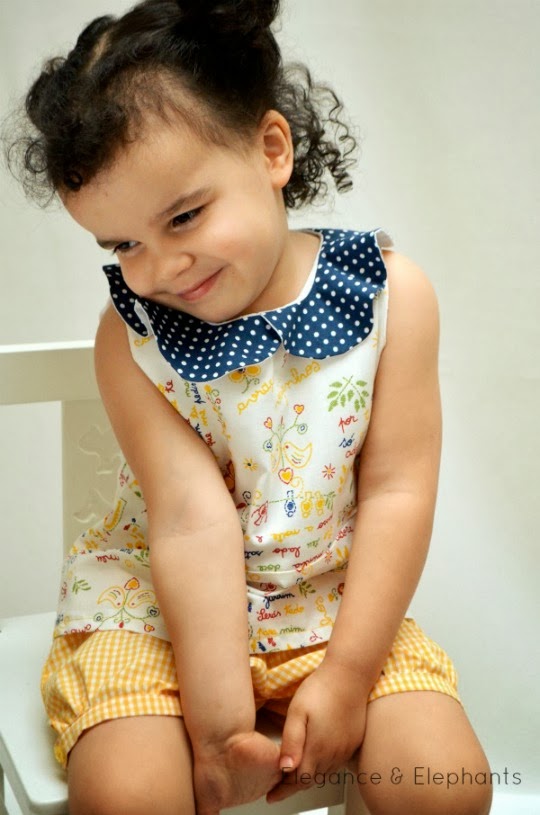 I just love the Portuguese embroidery print and it matches so well with the gingham. The lace adds such a pretty, feminine texture to the shorts. The polka dot fabric for the collar is from my own stash…
I just had to throw some blue in there!

Thanks again so much to Ana Sofia, Marta, and Marte.  This is such a fun series and it was definitely a pleasure being spoiled with such beautiful goodies from Portugal.