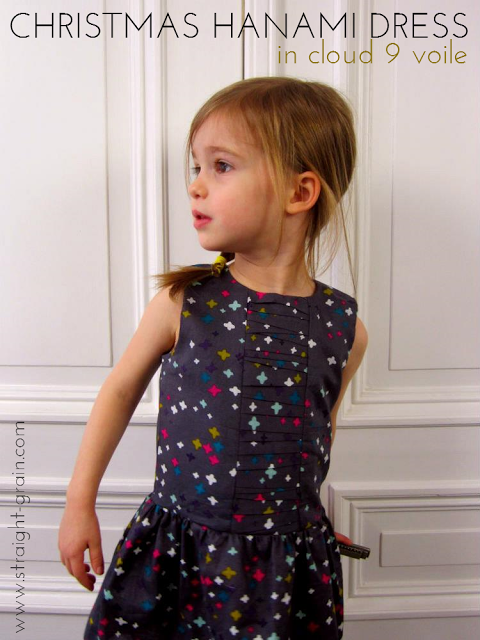 I’m one 100% sure that I don’t have to introduce you to StraightGrain anymore! An’s creations are stunning. Today as well!
After the Marta’s kick-off, I was surprised myself when I opened An’s guest post. What a beautiful dress she made! It’s perfect! As always. God job An. I’m glad that the first two creations are this stunning…. Thanks An for participating in the Mailbox Surprise series! Next week Trine will present her creation at DoGuincho, so make sure to stay tuned…

Hi everyone! I’m An from StraightGrain. When I was asked to participate in this series, I didn’t hesitate for a second: I love getting fabric in my mailbox, and receiving a surprise is also something I really like. But as I was waiting for my surprise to arrive, I started to feel a bit nervous. What if I received something I really didn’t like? Would I be forced to spend hours on a garment Norah would never wear? When my package finally arrived, for a minute I thought my worst nightmare had come true. In the envelope, I found a piece of gay pin-up Alexander Henry fabric, as well as some green and red Christmassy thermosses fabric which reminded my of the 1980s. Ouch! 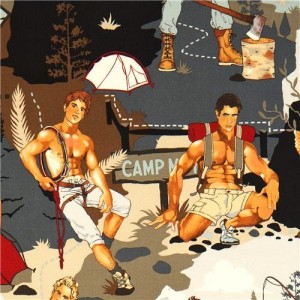 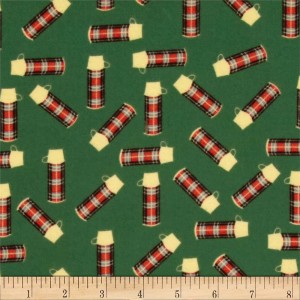 But as I was unfolding the novelty fabrics, I found that they were wrapped around one of the most beautiful fabrics I had ever worked with. Tara from Girl Like the Sea really had me! In the companying letter, she explained that the novelty fabrics were meant as a joke, and that the Cloud 9 Koi voile (designed by the brilliant Rachida Coleman Hale) was the real stuff. Phew! The Alexander Henry fabric really cracked me up, as well as everybody else I showed it to. I really intend to use it one day, though perhaps not for a garment for one of my daughters!


But let’s return to the gorgeous voile! I received the package about 2 weeks before Christmas, and I immediately knew that it would be perfect for a Christmas dress for Norah. With a newborn in the house, sewing time is not something I have plenty of, so I decided to keep it simple: use a pattern that I had lying around already cut and assembled, and leave off any time-consuming details. 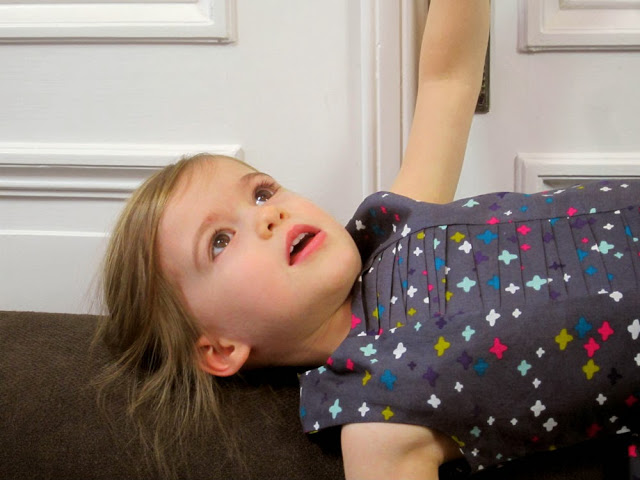 So I ended up using my Hanami-pattern once again, but without the flutter sleeves and the collar. Despite my initial plans to keep thing simple, I couldn’t resist experimenting with a strip of uneven pleating in the front bodice. Norah was superhappy with her dress. She calls it her ‘party dress’ and would wear it everyday if she was allowed to.

Thank you so much for that, Tara, Marte and Marta!