The introduction of the Noa pants and the Compagnie M. special basics! 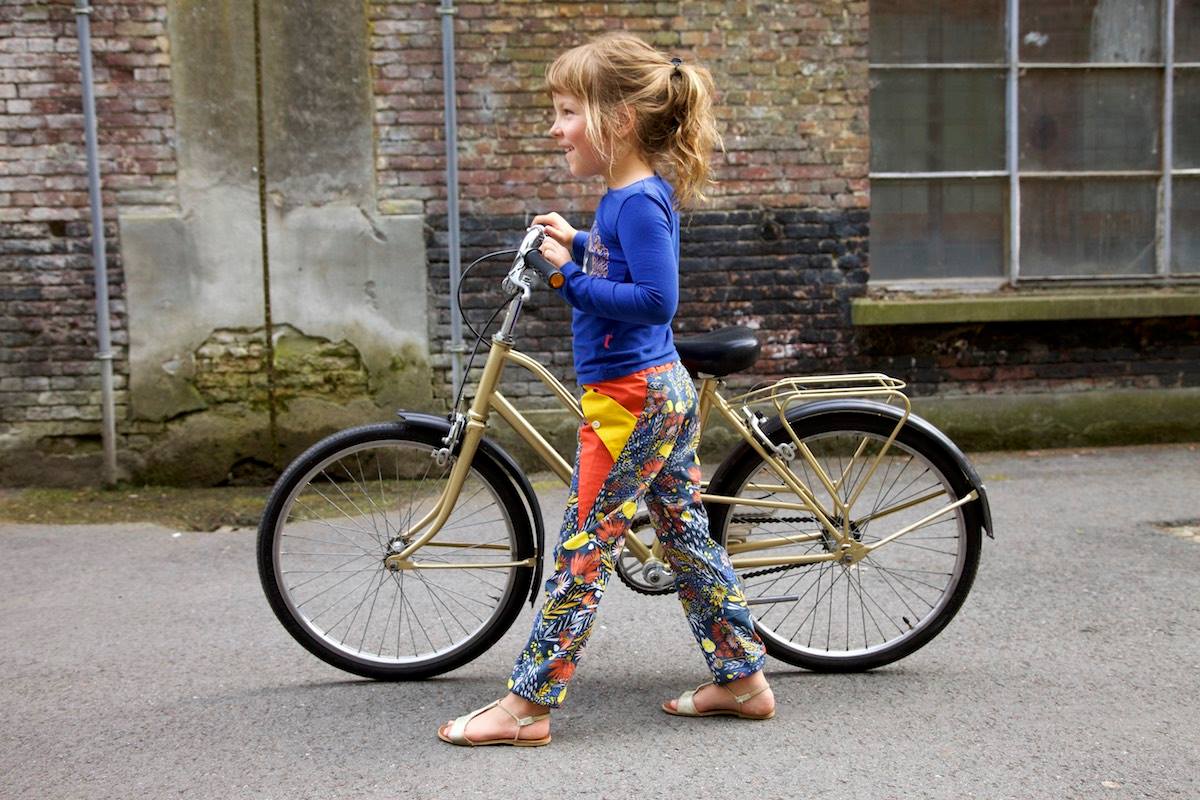 After the Susanne I had no energy at all… I don’t remember if I told you before? I had the feeling that I didn’t want to draw pattern anymore. So I knew I needed some time for myself AND I desperately wanted a sewing room. My own place to create stuff,  to let new patterns ‘grow’,… So I kind of took a 4 weeks break. I know… It took me 4 whole weeks to get back my interest in drawing patterns. Oops! ;) But no worries: now that I did I have 10001 ideas floating around that I would like to draw… Now it’s just a matter of finding time.

One of the things that I was struggling with lately was the long term aspect of my patterns. The many options make it really difficult for me to launch more than 6 patterns a year, but I have so much more ideas… It became a bit frustrating for me. That’s why I decided to launch a new subrange of patterns: the Compagnie M. special basics. Patterns that are relatively easy to sew, but that include a special Compagnie M. touch. Patterns that have only one option and that don’t include any difficult techniques like zippers, welt pockets,… Patterns that are quick sew projects with a great result. Patterns that you will love to sew and your kids will love to wear (let’s hope so! ;) ) Patterns that I will only launch as digital patterns but will only cost 5euro! 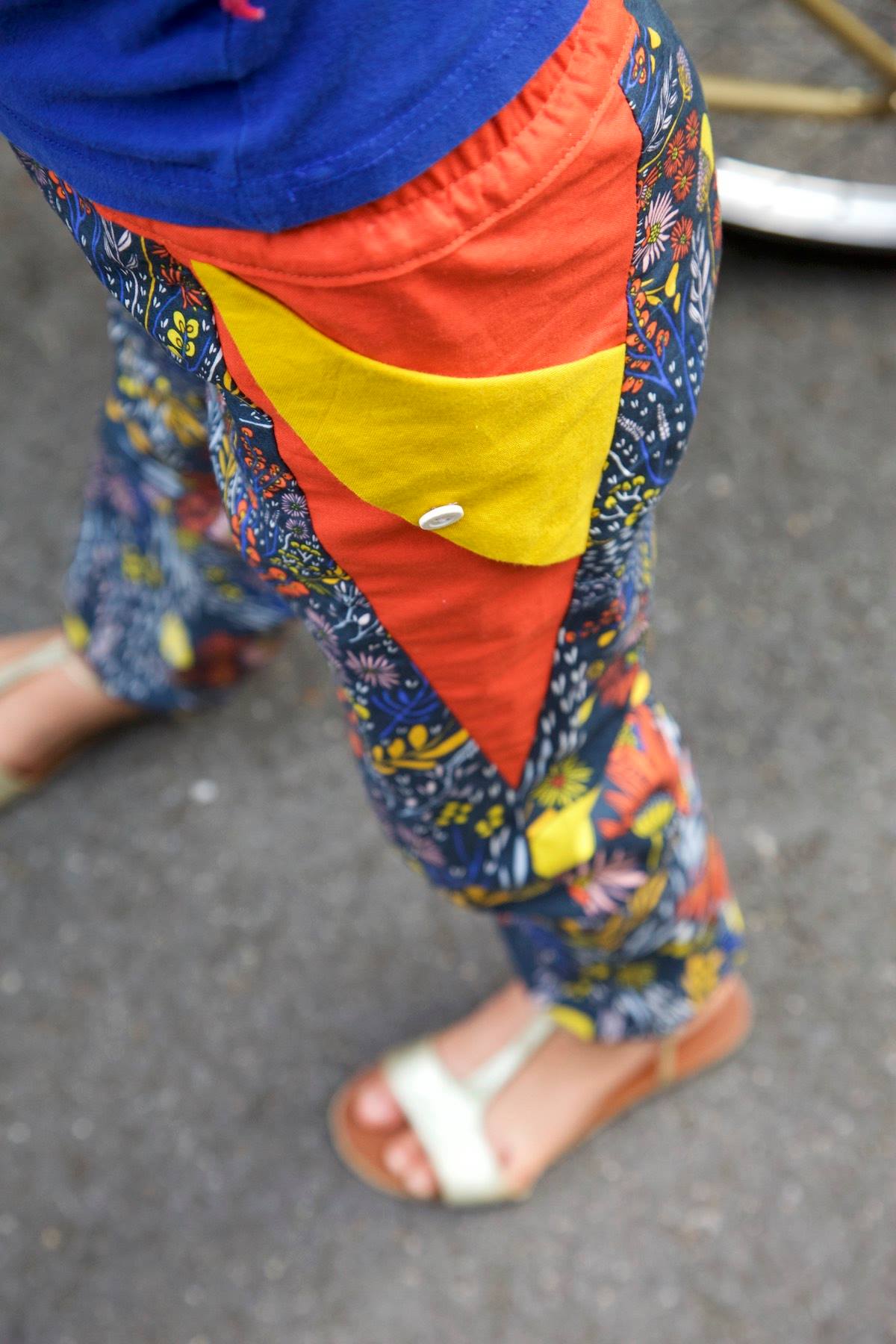 I think that’s enough about the new range. Let’s have a closer look at the first pattern: the Noa pants! I wanted to draw a (summer) pants for such a long time already. I think it’s a pattern that I was missing in my range. A quick sew pattern for woven fabrics. A ‘sunny pants’ type of pattern for kids that include Compagnie M. style pockets. Hooray! My idea was: the pants have to be more stylish than leggings but should have the same comfort level. 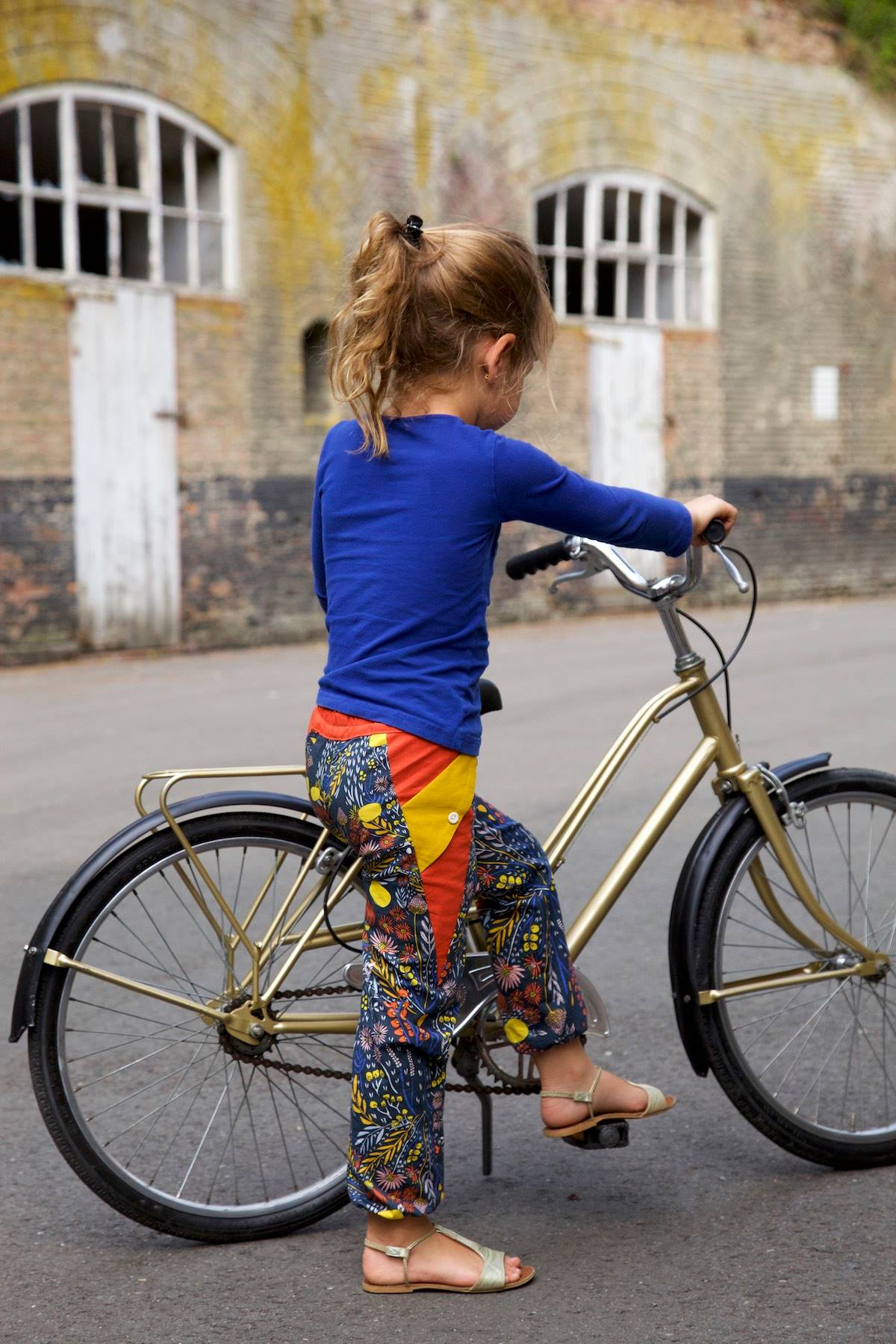 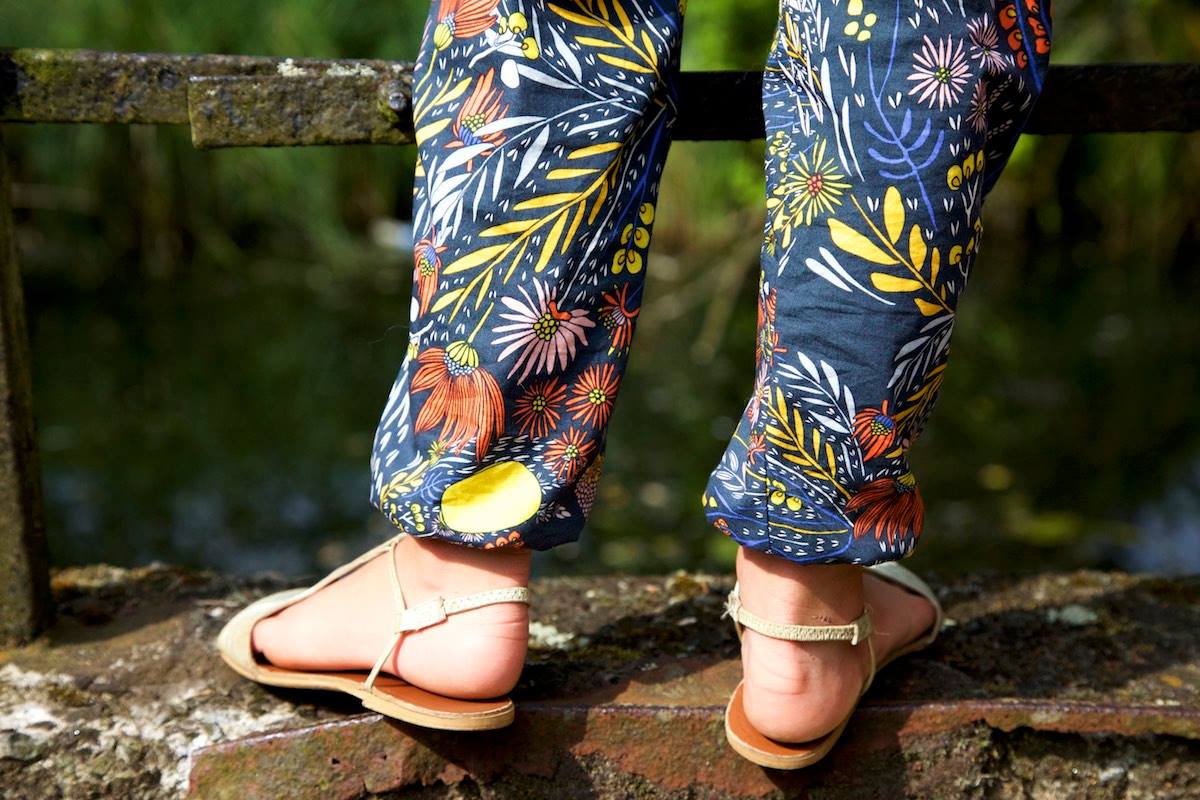 The pockets are created by triangles in the side seam and pockets flap that give endless opportunities to mix several fabrics, to colour block, to use your left overs,… To become really creative actually! Can you imagine the result with some cute piping or trim at the pocket flap?

The pattern is suitable for both boys and girls. For girls I added a small elastic at the hem. This way the pants become more fitted at the legs without giving in on the comfort level. 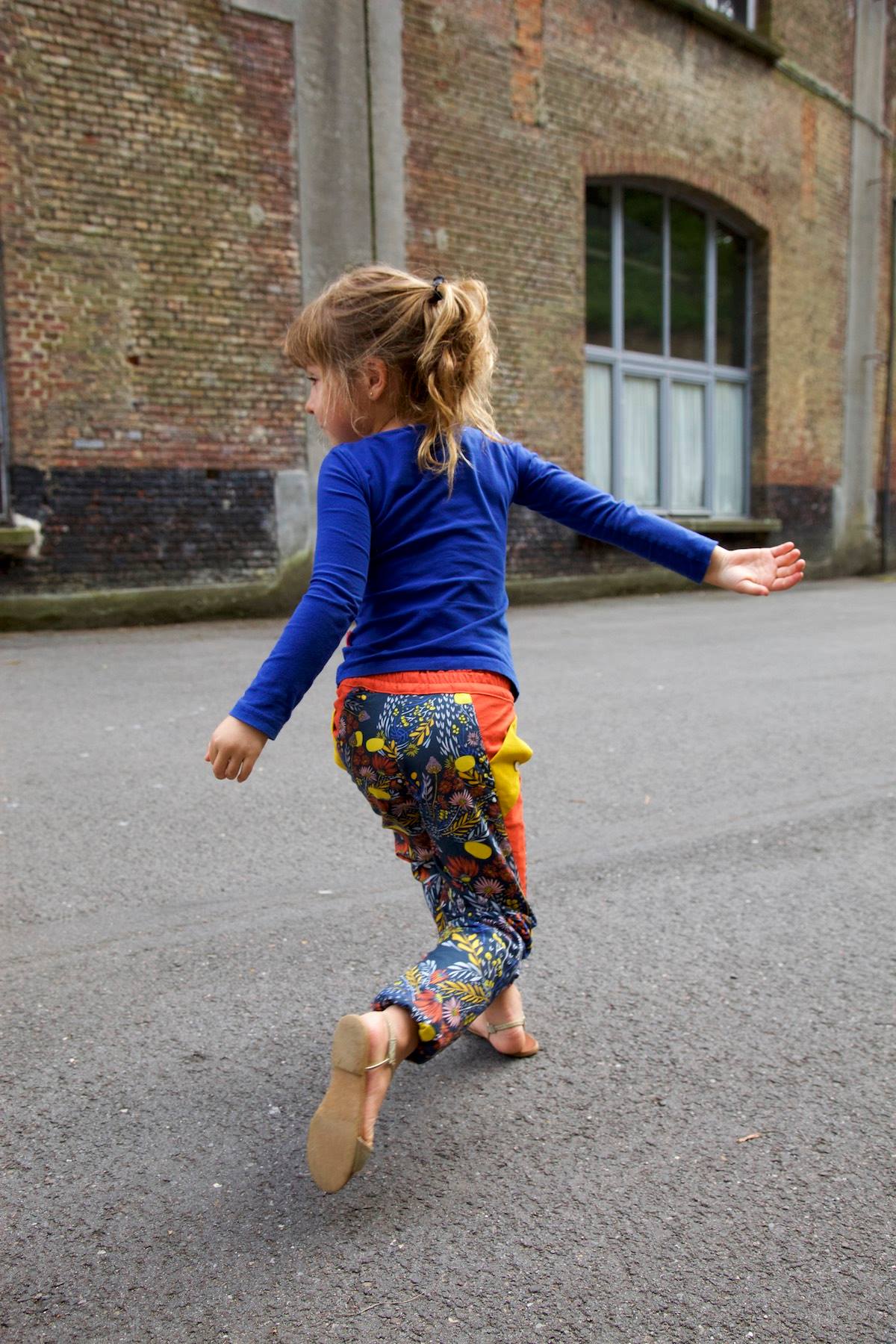 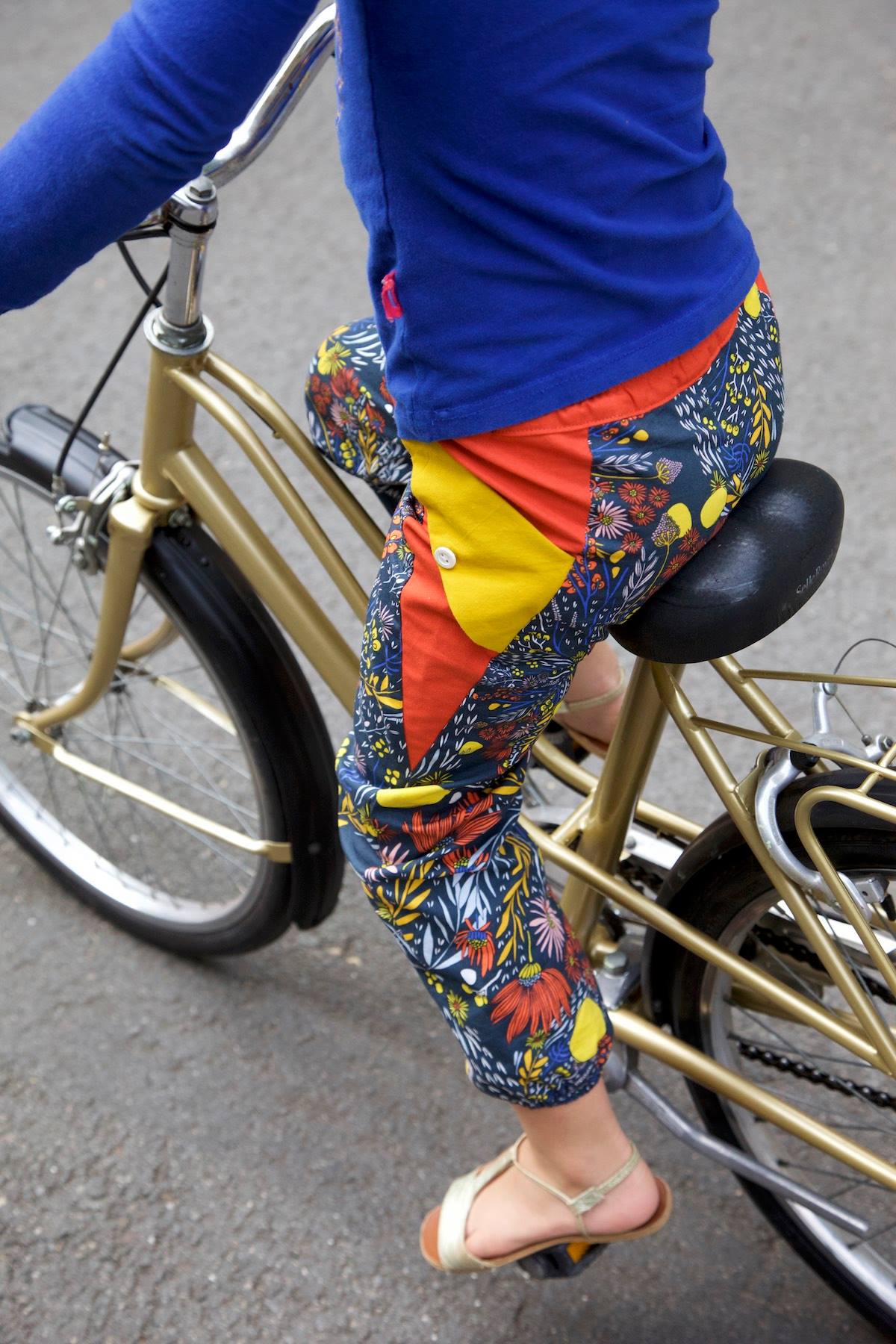 See? The pattern is perfect for running, jumping, cycling,… Nore love to prove it! ;) She’s super happy with her new pants. And Lisa was begging this weekend to try them too. (And you have to realise that Lisa & Nore are no pants lovers at all. I really wanted to make this pattern for them. For this summer. To convince them to take pants along on holiday!) 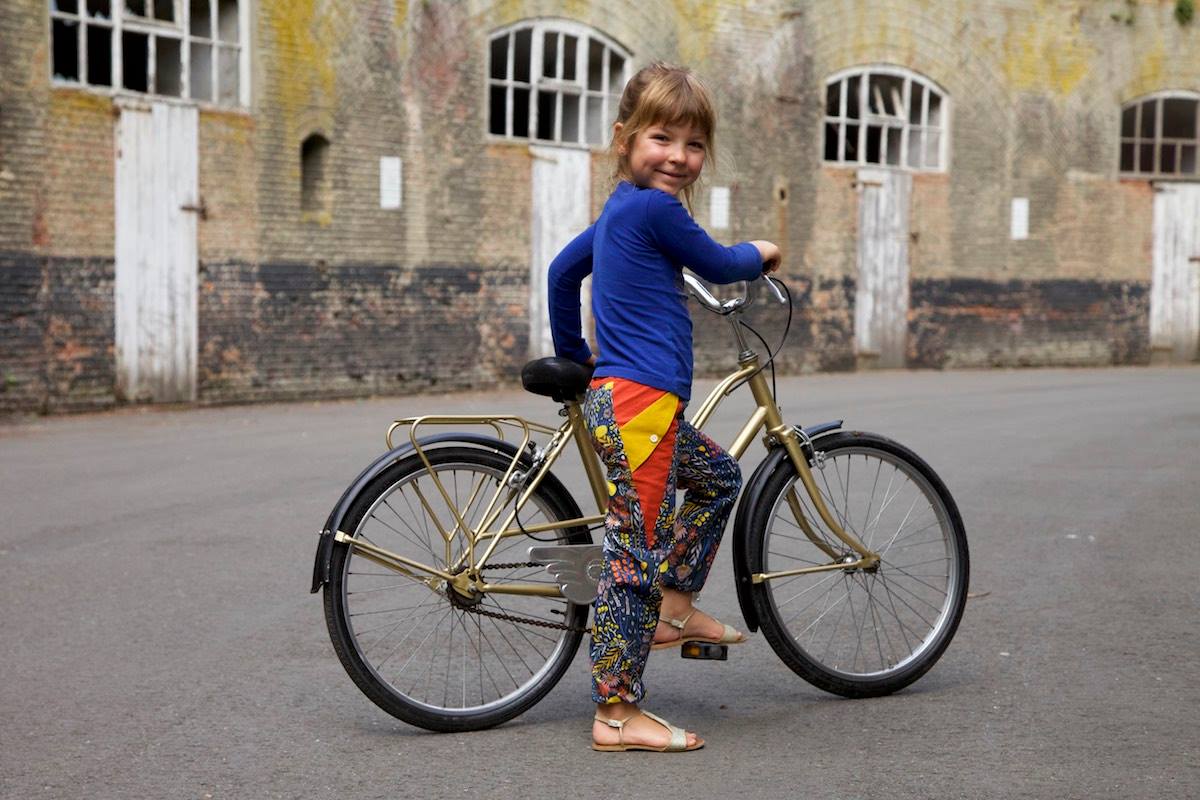 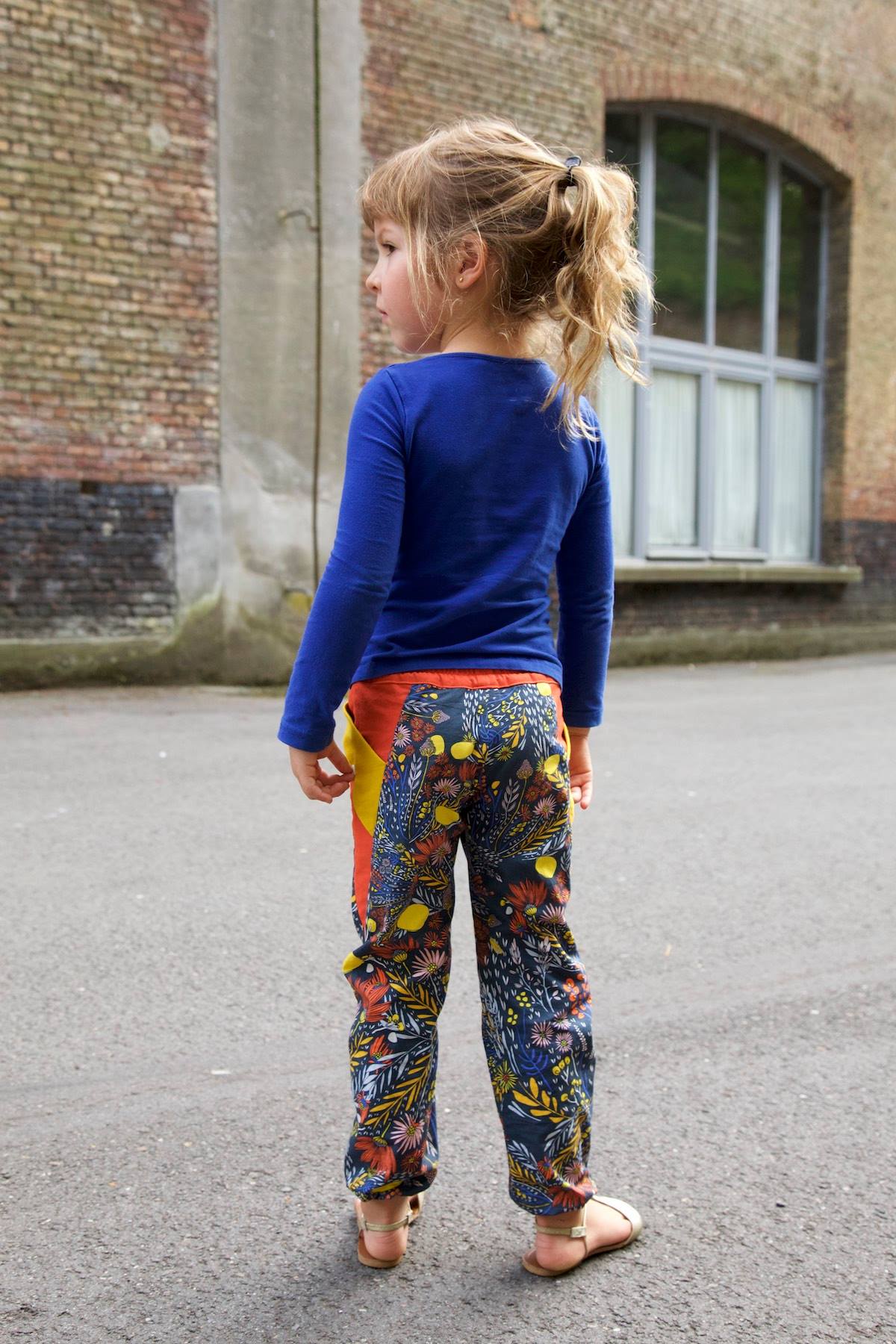 What do you think about the new concept & the Noa pants? Would love to get some feedback as it’s always exciting to show new patterns for the first time! ;)

I will launch the Noa later this week! Probably on Wednesday or Thursday. Hooray! 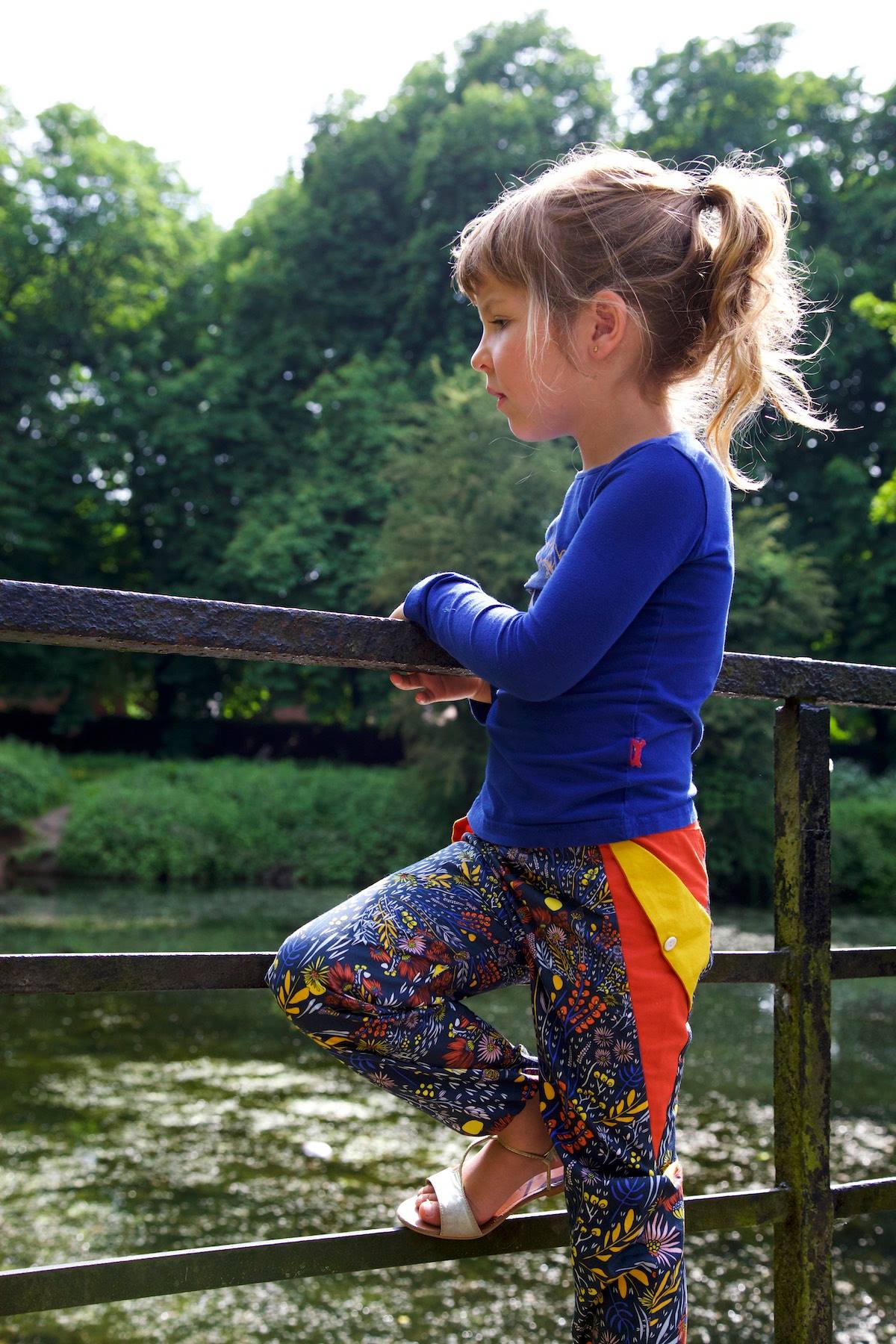 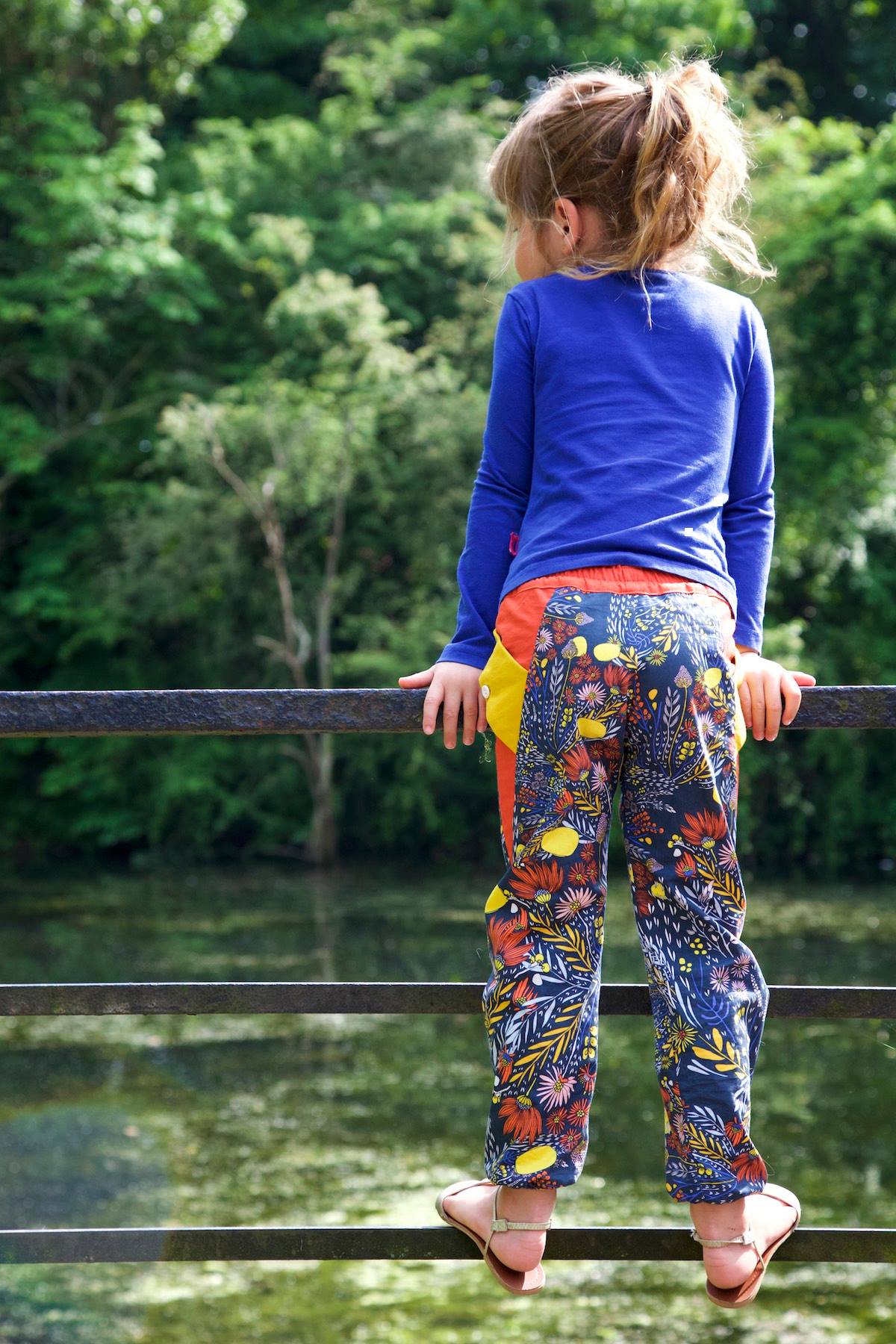 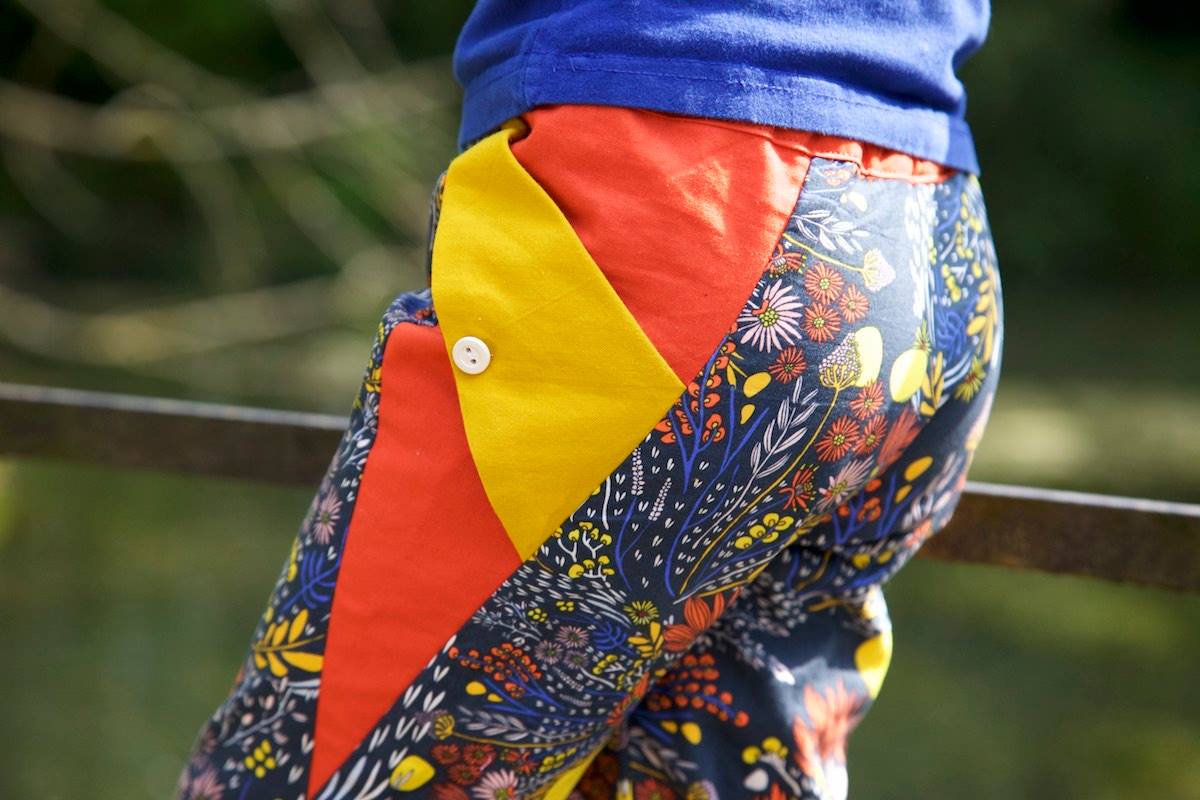