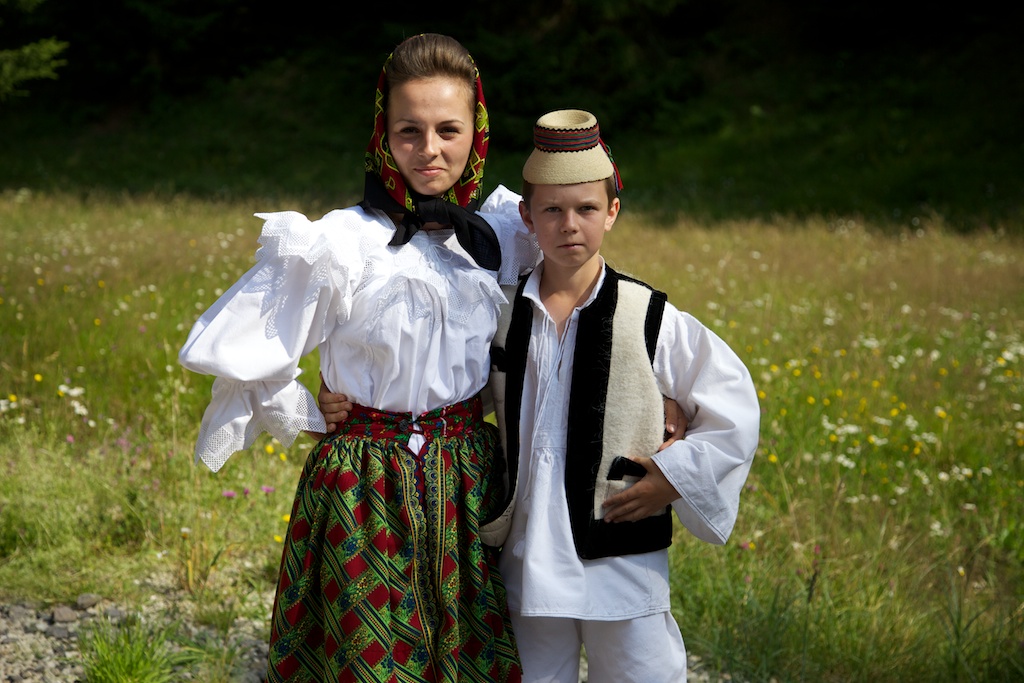 Last week we were invited by some friends in Budesti to be present at the recordings of a video clip. We were so lucky to be able to follow this ‘event’. Not only because it was something unique to see, but most of all because a big part of the village was present dressed in a traditional way. The perfect opportunity to take a lot of pictures and to introduce you to the traditional way of clothing. The Moroseni (how the people in Maramures are called) own, without exception, at least one traditional costume. They are all hand made and some garments are family pieces that have been passed on from generation to generation.  Women work on these unique clothes during the wintertime, when it’s too cold to basically do something else.
Not only the old people dress in traditional clothes, but also the children do, which explains the continued use of the costume. On Sunday or on the occasion of religious feasts and great fairs, the traditional dress is seen the most. Or in this case: on a traditional video clip! The basic garment for women is a long white blouse that reaches below the knees. It’s highly decorated with a lot of handmade details like some tiny gathered pin tucks. On the cuffs of the sleeves, the neckline and the shoulder line.  On top of the blouse is worn a sleeveless sheepskin vest, called the ‘Cojoc’. It’s decorated with embroideries and pieces of colored leather. The lower part of the long blouse is covered with a ‘Zadie, an apron made of two rectangular woolen woven textiles, with colored stripes. It covers the front and back, while the sides remain uncovered, showing the blouse.  The colors of the stripes indicate from which river valley or village the woman wearing the Zadie comes from.
Another type of festive skirt is the multi-colored flowery skirt that reaches just above the knee. On their heads women wear colorful flowered scarves, tied most often under the chin. The man’s shirt is very short, sometimes hardly reaching the waist. It’s white, straight and most often with straight large sleeves that are not bound at the wrist. The waist is bound with a very wide belt, made of leather, with pockets for money and cigars. On top of the white blouse is again worn a sheepskin, nicely decorated with embroidery and appliqués of leather, metal and mirrors. On top of this sheepskin, in winter men wear a ‘Suman’, a coat made of a very thick felt-textile made in a fulling-mill with boiling water.  In summer, men wear small straw hats. 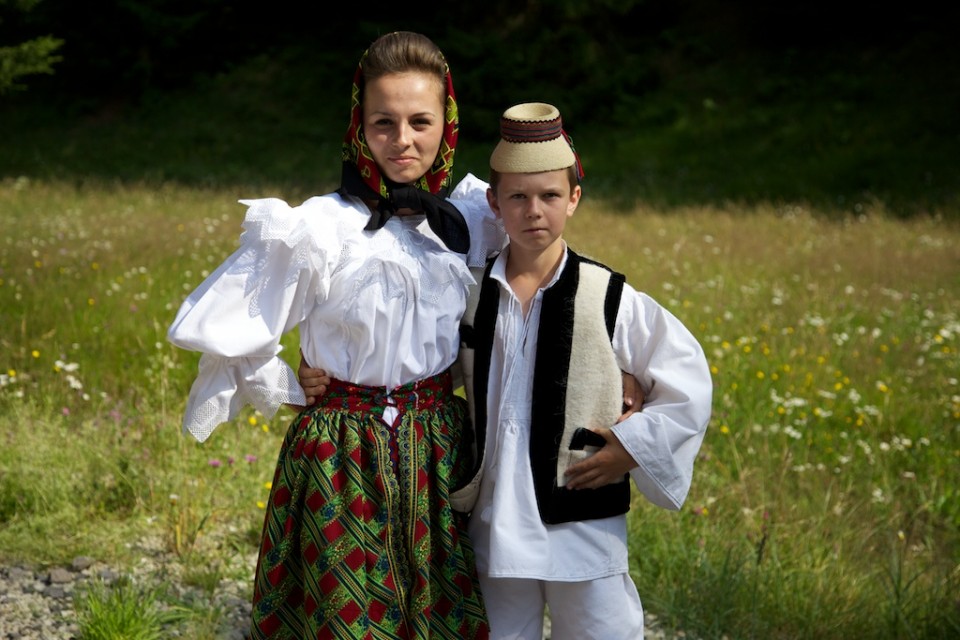 Although normal shoes are commonly used during festive occasions, Moroseni still wear ‘Opinci’. This is the traditional moccasin-like footwear, made of a single piece of pige hide that wraps around the foot. To hold fast, the Opinci are bound around the ankles and calves with laces made of horsehair. For me it’s so impressive to see that the Moroseni still live so close in harmony with nature. Not only when it comes to food but also in this traditional way of clothing. And since I love children’s clothes, the most: here are just some more kids pics that I would like to share with you…
Thank you Bjorn for taking this pictures for me!

Help and get helped: Sanae Ishida

Help and get helped: Sanae Ishida